Description
Kukuljanovo is currently the strongest industrial zone in the Republic of Croatia, and this unique land is located about 10 km from Rijeka, in the east direction. It is also located on an exceptionally favorable strategic transport route, representing one of the shortest transport links between Central Europe and the Mediterranean. The land location is along the main thoroughfare, in the R27 zone, which is the most frequent and most wanted. 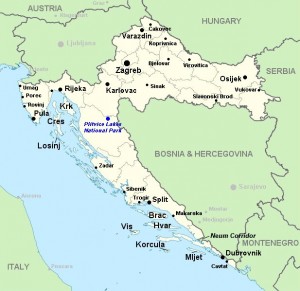 The location of the Mlaca Building of approximately 7.400 sqm is in the old industrial zone of the city of Rijeka near the future Zagreb terminal. It is suitable for business / residential use, especially for container terminal users.
It can also be converted into hostel and hotel accommodation.

The zone lies in the immediate vicinity of the Rijeka-Zagreb highway, the Rijeka-Split highway and the traffic route of the planned Rijeka-Trieste highway, and the Škrljevo railway station on the Rijeka-Ljubljana railway, the Bakar port complex is also nearby.
Krk Airport is only 10 km away from the Free Zone.

Activities that can be performed in the Kukuljanovo Free Zone are: production of goods, finishing and refining, wholesale and commercial intermediation, services, banking and other monetary transactions, insurance and reinsurance of property and persons.
The retail market is not allowed.

Rijeka (Croatian: rijěːka) is the principal seaport and the third-largest city in Croatia (after Zagreb and Split). It is located in Primorje-Gorski Kotar County on Kvarner Bay, an inlet of the Adriatic Sea. Historically, because of its strategic position and its excellent deep-water port, the city was fiercely contested, especially among Italy, Hungary (serving as the Kingdom of Hungary’s largest and most important port), and Croatia, changing hands and demographics many times over centuries.

Rijeka is the main city and county seat of the Primorje-Gorski Kotar County. The city’s economy largely depends on shipbuilding (shipyards “3. Maj” and “Viktor Lenac Shipyard”) and maritime transport. Rijeka hosts the Croatian National Theatre Ivan pl. Zajc, first built in 1765, as well as the University of Rijeka, founded in 1973 but with roots dating back to 1632 School of Theology.

Rijeka is located in western Croatia, 131 kilometres (81 miles) southwest of the capital, Zagreb, on the coast of Kvarner Gulf (45°21′N 14°26′E), in the northern part of the Adriatic Sea. Geographically, Rijeka is roughly equidistant from Milan (485 kilometres (301 miles)), Budapest (502 kilometres (312 miles)), Münich (516 kilometres (321 miles)), Vienna (516 kilometres (321 miles)) and Belgrade (550 kilometres (340 miles)). The Bay of Rijeka, which is bordered by Vela Vrata (between Istria and the island of Cres), Srednja Vrata (between Cres and Krk Island) and Mala Vrata (between Krk and the mainland) is connected to the Kvarner Gulf and is deep enough (about fifty metres or 160 feet) to accommodate large commercial ships. The City of Rijeka lies at the mouth of river Rječina and in the Vinodol micro-region of the Croatian coast. Two important land transport routes start in Rijeka due to its location. The first route is to the Pannonian Basin given that Rijeka is located alongside the narrowest point of the Dinaric Alps (about fifty kilometres or 31 miles). The other route, across Postojna Gate connects Rijeka with Slovenia, Italy and beyond. 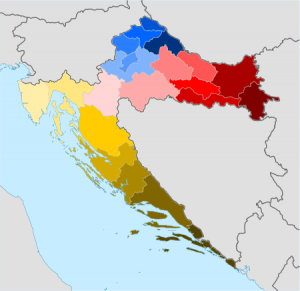